Your Stories
Diocese of Portland

Seventy-five years of serving with love, compassion, and respect 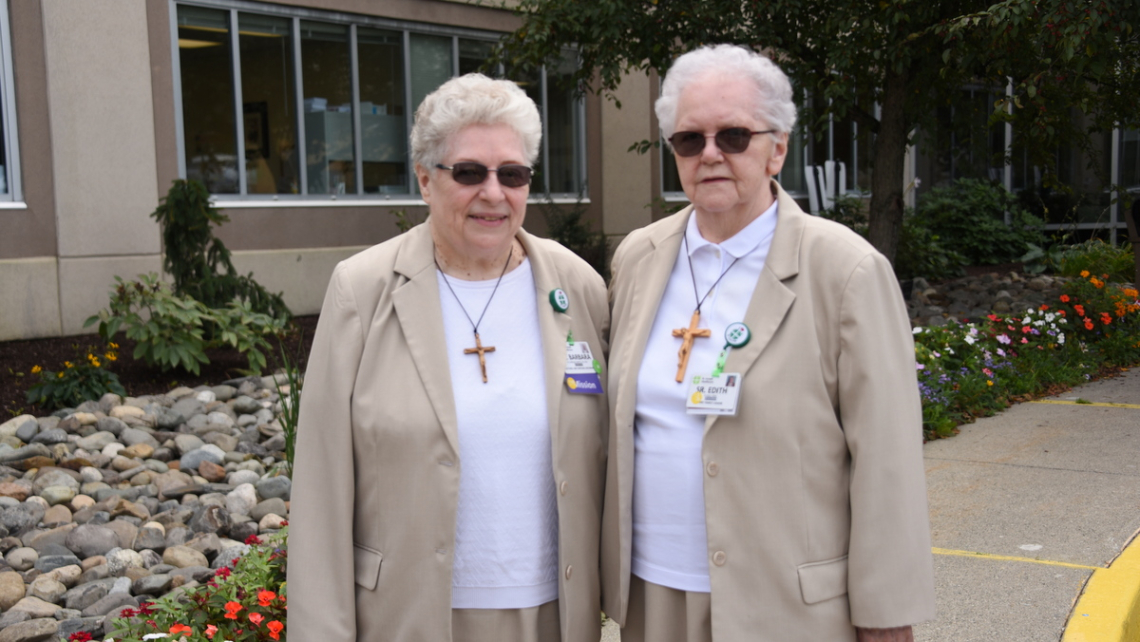 “You need to serve where needed.”

That was the belief expressed by Blessed Mary Angela Truszkowska, who founded the Felician Sisters in Poland in 1855, and they are words that have guided members of the congregation ever since.

“Your call is from God,” says Sister Mary Edith St. Jean, CSSF. “Vocation is not just being a priest, a brother, or a sister. It is giving back to God what He has given you, with your talents, so therefore, use them for the good of the people you work with.”

It is that commitment to service that the Felician Sisters brought with them to Bangor in 1947 when they assumed responsibility for a small, private hospital, and it’s a commitment that continues among those who serve there today.

“One thing remains exactly the same: We still compassionately serve all who seek care, and I’m blessed to be a part of it,” says Sister Barbara Martis, RN, BSN, Cultural and Heritage Historian at St. Joseph Healthcare.

Earlier this year, St. Joseph Healthcare marked its 75th anniversary with a prayer and reflection service held in the hospital’s chapel. This October, the festivities continued with the burying of a time capsule.

While it’s been 75 years since the arrival of the Felician Sisters, the hospital’s history dates back even further, to 1910. That is when the 15-bed Paine Private Hospital was established by Ellen Paine. According to Sister Barbara, Paine worked at Eastern Maine General Hospital but opened the new facility, believing that people should have another health care option. The small hospital, according to Sister Barbara, was especially intended to serve the loggers who made their living along the Penobscot River.

When Paine died in 1926, the hospital was sold to Carol Strauss, who also had a background in health care. Sister Barbara says Strauss was known for serving people regardless of their ability to pay.

Although Sister Barbara says it’s not clear why, when Strauss was ready to retire, she wanted a religious community to take over the hospital, so she mailed letters, seeking to find one. One of those letters reached the Felician Sisters in New Jersey, who passed it along to their fellow sisters in Connecticut.

“Our sisters in Connecticut met with Carol Strauss and met with the bishop,” says Sister Barbara. “They came to Maine because Carol Strauss’ mission went along with the mission of the Felician Sisters.”

Although primarily a teaching order, the Felician Sisters did operate several other hospitals.

In April 1947, the Felician Sisters signed an agreement to purchase the Paine Private Hospital. On May 31, the first three sisters arrived, and on June 1, they officially took control of it. At the recommendation of Bishop Joseph McCarthy, the sixth bishop of Portland, they changed the name of the hospital, choosing St. Joseph as its patron.

When the sisters took over, the hospital had 30 beds and 11 patients. By June 1 of the following year, they had treated 1,078 people.

“It’s because of the care,” says Sister Edith. “We were always considered a family hospital.”

The hospital building was a large white house, looking more like a stately inn than the hospitals of today. The sisters lived on the third floor, with the patients on the first two.

“It wasn’t uncommon that if you had an emergency, and you needed an anesthetist, you called upstairs,” says Sister Edith.

The hospital had a lab, X-ray equipment, and a second-floor operating room. What it didn’t have was a recovery room or an elevator.

“When surgery was over, there was no recovery room, not in the little building. So, patients went back to their beds. You called the fire department across the street to bring the unconscious patients downstairs,” says Sister Barbara.

The sisters originally paid the firefighters 25 cents each time they were called, an amount that was later doubled.

While the sisters filled many of the roles at the hospital, they cite the invaluable dedication of one man, John MacKenzie, who was known as “the key to the hospital.”

“He came here in 1947 and remained with us until 1969 when he died,” says Sister Barbara. “He was responsible for burning the coal furnace, and he was a minor repair man. He used to deliver trays to patients with a dumbwaiter three times a day. He brought fresh water from the city pump on a daily basis. He knew all the doctors on a first-name basis, and he knew exactly where their parking spaces were, and he would go clean their cars off in the winter.”

By the 1960s, it became evident the hospital needed to expand.

“We were running out of room,” says Sister Barbara. “The people liked coming here, but we could not provide the services.”

The state granted the sisters a certificate of need for a 120-bed hospital, and fundraising began. Sister Barbara says it was a community-wide effort.

“It was in all the newspapers – St. Joe’s was going to have a new hospital. People were all excited about it, so everybody was trying to raise money,” says Sister Barbara.

And that included the children.

When it opened in 1964, the “new” St. Joseph Hospital, as it became known, had a staff of 15 surgeons, 14 medical specialists, 10 OB-GYN doctors, and 12 dental specialists, as well as physicians specializing in pediatrics, orthopedics, psychiatry, urology, and dermatology.

Through the years, services have continued to expand and evolve. St. Joseph Healthcare now employs 800 people in more than 30 departments, and in addition to the hospital, it has six outpatient locations.

“What we have now compared to when I first came here in 1977 is phenomenal. I can’t believe it,” Sister Edith says. “If we had 42 patients back then, that was a lot.”

“When I began work, nurses wore a white uniform and cap. We didn’t have computers. Our time sheets were jotted down in pencil on a door,” says Sister Barbara, who has served at the hospital since 1985. “Patients arrived the evening before their surgery and recovered in the hospital for days.”

While hospital stays have gotten shorter, Sister Barbara says one thing that has grown significantly is the volume of paperwork.

In 2011, with the number of sisters declining and with the increasing demands of modern-day health care, St. Joseph became affiliated with Covenant Health, a Catholic regional health delivery network based in Tewksbury, Massachusetts.

“No small hospital can stand alone these days, unfortunately. Joining an organization, you have a lot of benefits from the administrative and finance aspect,” says Sister Barbara. “You get more assistance. Now, because of COVID, you can swap ideas.”

“You can’t stay stagnant. You have to look ahead and be creative,” says Sister Edith.

While the hospital has had three male lay administrators in the past, it is being led by a laywoman for the first time in its history. Mary Prybylo, RN, MSN, FACHE, has guided St. Joseph since Sister Mary Norberta Malinowski, CSSF, FACHE, retired in 2011. Sister Barbara and Sister Edith have high praise for Prybylo’s leadership.

“She is a woman of vision and integrity,” says Sister Edith. “She embodies all the core values, and she takes the time to listen.”

Even though Sister Edith and Sister Barbara are the last two Felician Sisters serving in Bangor, they say under Prybylo’s leadership and with the community partnerships that have been formed, they’re confident St. Joseph’s mission will continue.

“I feel the bar is always rising, striving to be better,” says Sister Edith.

“We’re committed to continuing to work together, alongside our supportive community, to build an exciting and innovative future,” says Sister Barbara. 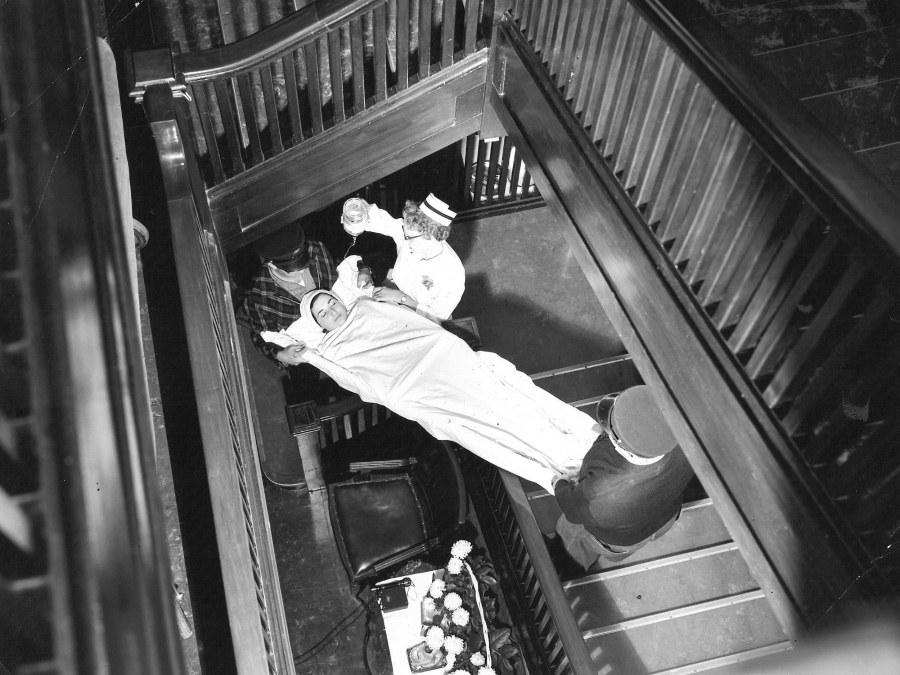 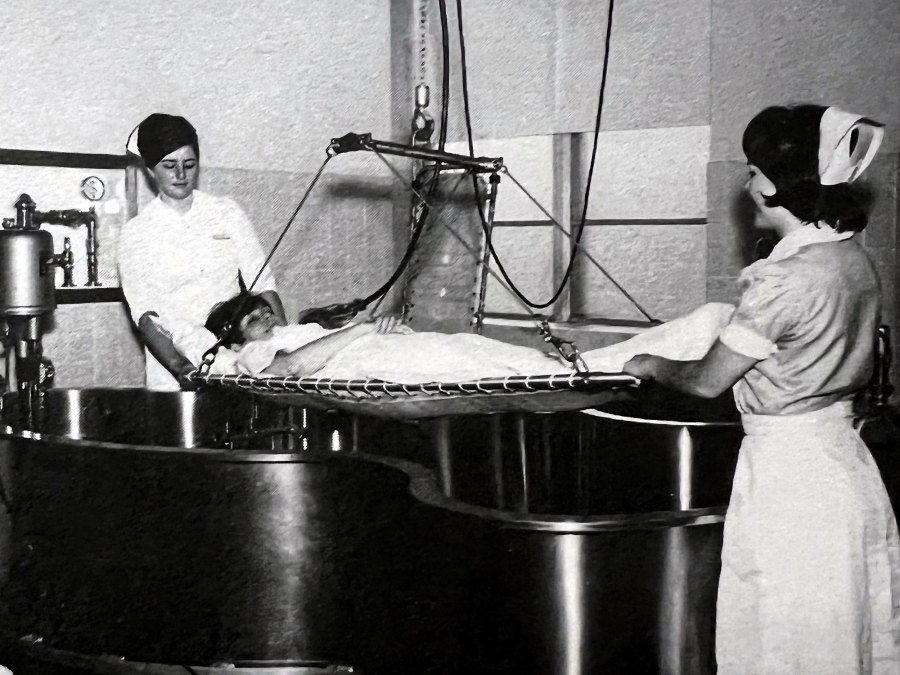 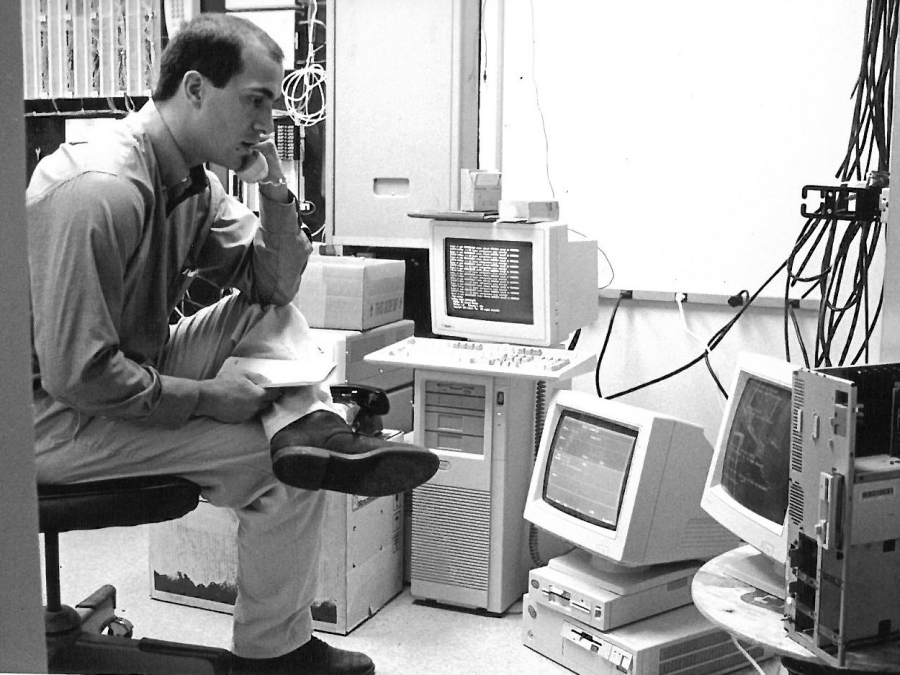 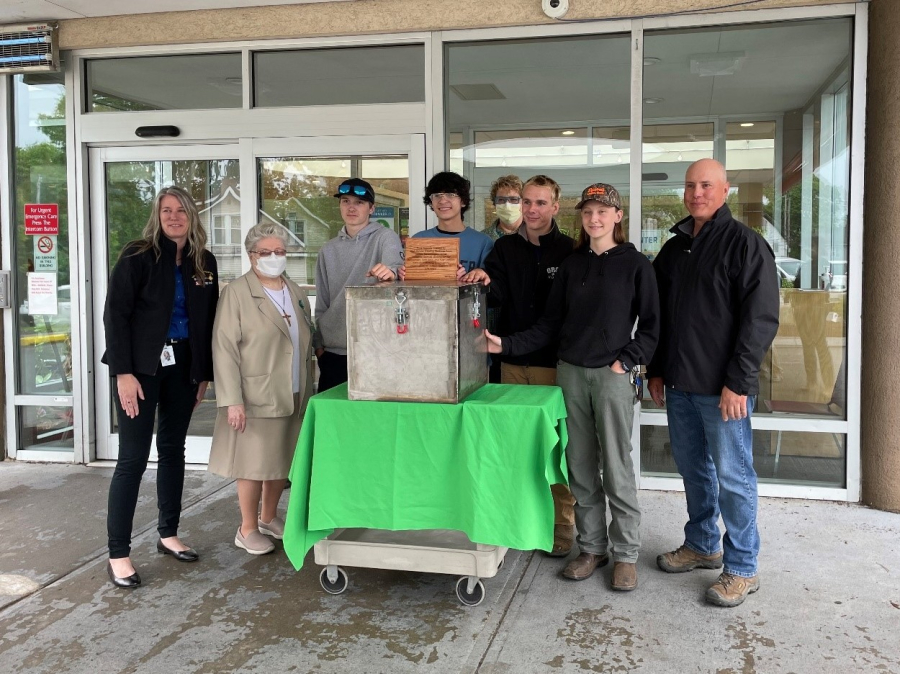 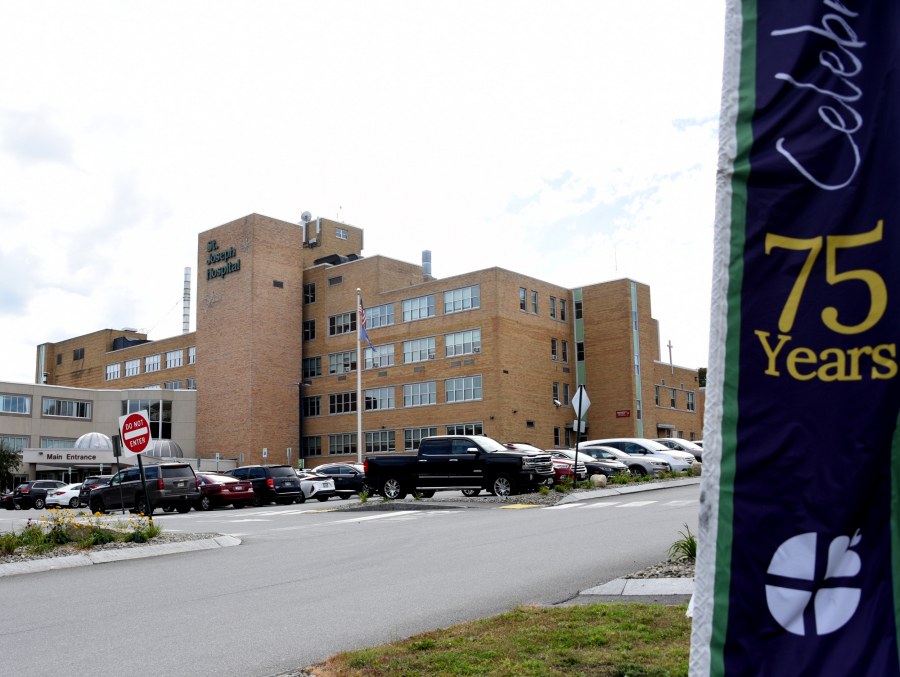