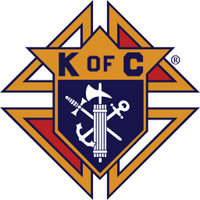 The Knights of Columbus were formed by Father Michael J. McGivney in New Haven, Connecticut, in 1882. What began as a parish organization, soon expanded statewide and beyond. Father McGivney, who was beatified in 2020, brought about what has become the world's foremost Catholic fraternal benefit society. The Knights of Columbus now has more than 12,000 councils and 1.7 million members throughout the United States, Canada, the Philippines, Mexico, the Dominican Republic, Puerto Rico, Panama, the Bahamas, the Virgin Islands, Guatemala, Guam and Saipan.

The first council in Maine, Council 101, was established in Portland in 1894. Councils followed in Lewiston, Bangor, and then Rockland.  There are now active councils across the state, all committed to putting their faith into action.