Our Lady of the Lakes Parish Churches 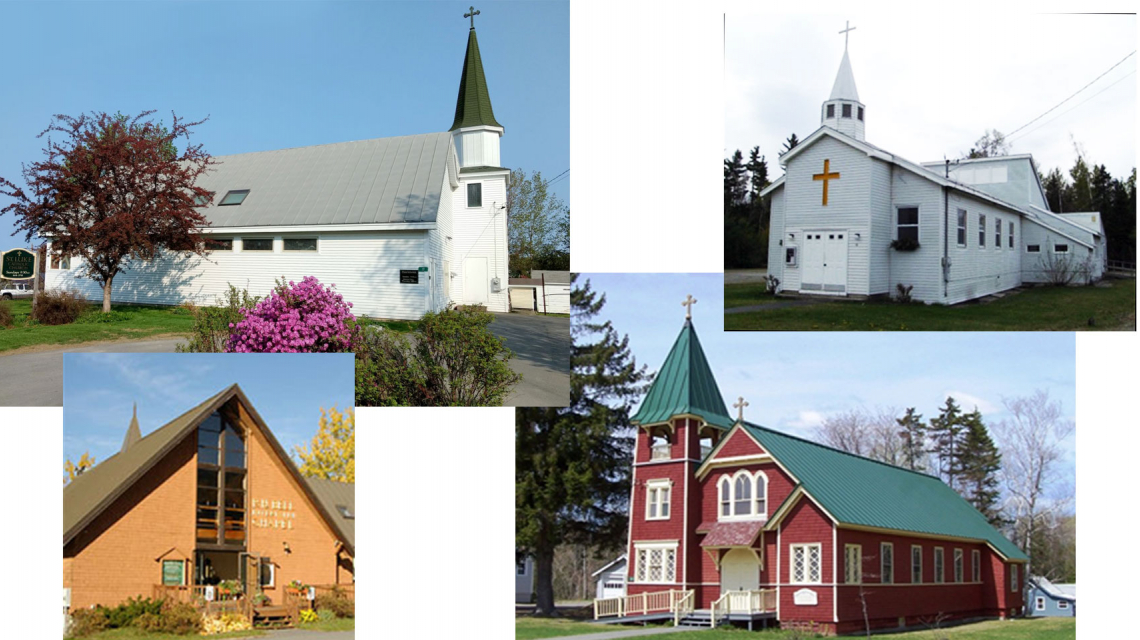 Our Lady of the Lakes Parish includes two churches open year-round and two that open seasonally to serve the many people who visit our beautiful Lakes Region.

Our Lady of the Lakes Church
43 Rangeley Avenue, Oquossoc

Our Lady of the Lakes Church was built primarily through the efforts of Cornelia "Fly Rod" Crosby, an outdoor enthusiast who become known as the woman who marketed Maine because of her syndicated newspaper columns promoting the state.

Crosby was also a convert to Catholicism and her love for God led her to begin collecting donations to build a chapel in the Lakes Region. With the money she raised, Our Lady of the Lakes was built on land donated by the railroad. The first Mass was celebrated there on August 30, 1908.

Originally, Our Lady of the Lakes was served by the pastor of St. Joseph Parish in Farmington, but in January 1927, it received its first resident pastor, Father N.J. Boucher.  It was then the front of the church was renovated and a rectory added.

St. John Church was built in 1928 with the first Mass celebrated by Father Julius Boucher in the summer of that year. Many of those who attended Mass at St. John in those early years were employees of J.P. Morgan & Company. The New York banking & investment firm owned property on Spring Lake, which was used by their employees for summer vacations. The employees who were Catholic, many of them Irish immigrants, originally traveled to St. Luke Church in Rangeley to attend Mass but then contributed to the building of St. John. Some reports say the company also supported the construction of the new chapel, but there is no documentation to confirm that.

To meet the needs of its small but growing year-round population, as well as an increase in visitors to the area, the chapel was renovated and expanded in 1972-1973. An addition was built in the rear of the church to house the sanctuary, baptistery, and chancel, and wings were added for the sacristy, a confessional, and a meeting room.

St. Luke Church in Rangeley was blessed by Bishop Louis Walsh in 1922 but had actually been in use for seven years prior to that. In 1914, Father Thomas McLaughlin, then pastor of St. Joseph Parish in Farmington, purchased property in Rangeley and had a large barn converted into a chapel. He celebrated the first Mass there on July 19, 1914.

At the time of the church's blessing by Bishop Walsh on September 3, 1922, it was described as "a very neat and well-equipped chapel, having a beautiful altar, statues, Stations of the Cross, and all of the other requirements, all being gifts from Catholic summer visitors."

Some of those visitors were employees of J.P. Morgan & Company, a New York banking & investment firm. The company owned Spring Lake Camps in Stratton, about 20 miles away, where its employees vacationed during the summer months. The employees traveled to Rangeley to attend Mass prior to the building of St. John Church.

The Bell Interfaith Chapel is located at the base of Sugarloaf Mountain in Carrabassett Valley. It opened in 1968 through the fundraising efforts of six ski club members who wanted a chapel where they could ski in and out. It is named for Richard Bell who spearheaded those efforts.

Our Lady of the Lakes Parish has long celebrated a Saturday 4:30 p.m. Mass at the chapel from December through March when the resort is bustling. The chapel is also a popular place for weddings and other ceremonies.