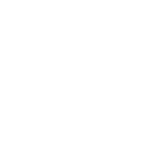 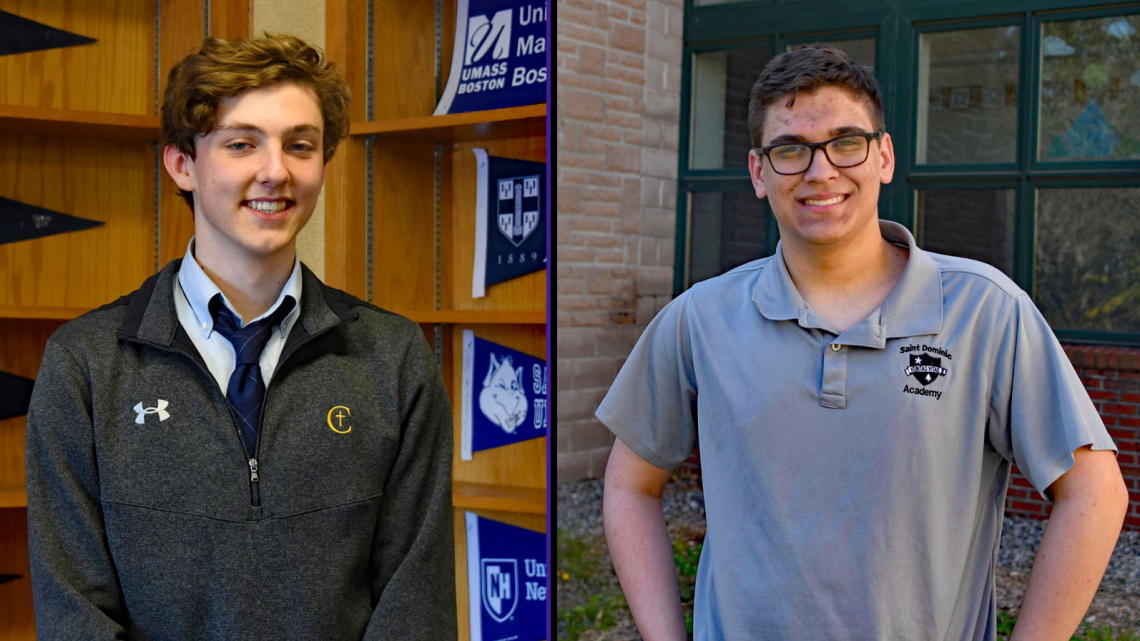 Michael Moseley and Patrick Manson each receive $5000 to put towards college tuition.

A Saint Dominic Academy student who plans to study psychology and a Cheverus High School student who is eying a career in medicine are this year’s winners of the Lila Grace Sullivan Amirault Scholarships.

“It’s just a huge burden off my shoulders and also my parents’ shoulders,” says Patrick Manson, a senior at Saint Dominic Academy.

The Lila Grace Sullivan Amirault Scholarship Fund was established with the Catholic Foundation of Maine in 2013 by Patrick Amirault, now deceased. Amirault wanted to create a lasting tribute to his wife, Lila, and to show his gratitude for the care and education he received at a Catholic school in Massachusetts, where he grew up as one of nine children in a poor family. To be eligible for the scholarship, a Catholic high school senior must be accepted at an accredited college or university and must plan on working while in college.

Teachers and counselors at St. Dom’s and Cheverus say this year’s winners are well-deserving.

“A responsible young man, Patrick is thoughtful, caring, and has shown on countless occasions a willingness to help others. He doesn’t hesitate,” wrote Anne Pontbriand, a theology teacher at St. Dom’s.

“Michael is a model citizen. He is respectful, kind, and courteous,” wrote Paul Johnson, a mathematics teacher at Cheverus. “He is the perfect combination of student and citizen – as well-rounded as they come.”

Both students have been active members of their school and local communities. Both are avid swimmers and lifeguards. Both volunteered at church Vacation Bible Schools. And both are members of their school Key Clubs, with Patrick serving as vice-president of the one at St. Dom’s. The Key Clubs engage in different charitable activities, most especially turkey drives at Thanksgiving.

“I did the turkey drive each year, which is awesome, especially when you’re a senior, because you get to bring the turkeys to people,” says Michael.

“It was a very cool thing to do and was very eye-opening, too, just seeing people from different walks of life who don’t have the same privileges that I do but are still able to find hope,” says Patrick.

Patrick, who has attended St. Dom’s since pre-kindergarten, also played the title role in this year’s Drama Club production of Aladdin, took on the part of Jesus a few years ago in the school’s Lenten presentation of the Living Stations of the Cross, and is one of the school’s assistant chaplains, helping to organize the altar servers for school Masses and to plan retreats.

“We do a lot of retreats, and those have always been a favorite thing of mine to do, because I know almost everyone in the school,” he says. “I know everybody, so it’s awesome to go on the retreats and see how everyone has grown. It’s just a really cool thing to watch the students bond, watch them learn.”

Michael says he has also enjoyed the retreats at Cheverus and, like Patrick, helped plan his school’s freshman retreat.

“Because I liked the freshman retreat so much when I did it, I wanted to lead it,” he says. “I think it’s just a good experience, getting to know people, and then, the reflective time is nice as well, because it kind of forces you to be reflective, rather than trying to do it when you’re going through your day.”

Michael also plays the piano, including at All Saints Church in Ogunquit when it is open for the summer, and he is studying the organ, having won a scholarship from the Young Organist Collaborative. He also has served as a greeter at church, has helped out at Knights of Columbus events and at the free Matthew 25:35 meals put on monthly in Sanford by youth ministry members, and has volunteered at York Hospital.

Michael plans to attend Loyola University Maryland in the fall and to pursue a career in medicine, although he’s not sure which field yet.

“Doctors and nurses are fueled by an unlimited thirst to help people, which I’ve heard Jesus proclaim ever Sunday for the past 18 years,” he says.

Wanting to help people struggling with mental illness, Patrick plans to pursue a degree in psychology at Saint Michael’s College in Vermont.

“I feel called to help those struggling with mental illness. More than ever, people are dealing with inescapable pain emerging from their minds and hearts. I want to be a counselor for these people,” he says. “I believe my deep empathy, compassion, and strong work ethic will ultimately lead me to this goal.”

Thanks to the Amirault Scholarship Fund, both young men are a little closer to accomplishing their goals. If you would like to learn more about how you can create a lasting legacy like the one left by Patrick Amirault, please contact Elizabeth Badger, executive director of the Catholic Foundation of Maine at [email protected], at 207-321-7820, [email protected] or visit www.catholicfoundationmaine.org.