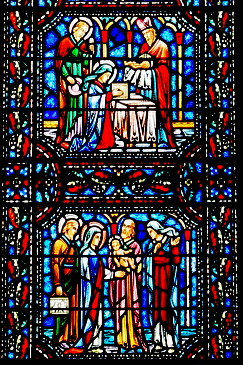 Prince of Peace Parish in Lewiston will hold a celebration of the Year of St. Joseph on Sunday, July 25, at 1 p.m. at the Basilica of Ss. Peter & Paul, 122 Ash Street in Lewiston. The event will include reading Scripture, sharing the writings of the saints and Church documents on St. Joseph, and singing an ancient hymn in honor of St. Joseph, modeled after Lessons and Carols, an Advent tradition.

The celebration will be preceded by 10:30 a.m. Mass at the basilica and a social at 11:30 a.m., to which the parish has extended a special invitation to all former parishioners of St. Joseph Parish, the first Catholic parish in Lewiston. St. Joseph Church was built in 1857 to serve Irish-American immigrants who had been hired to build the city’s canals and mills and French-Canadian immigrants who had come to the area to work in them. The church closed in 2009.

In naming this the Year of St. Joseph, Pope Francis attached to it the gift of a plenary indulgence when fulfilling specific requirements. Catholics with a spirit detached from sin who have received holy Communion, gone to confession, and prayed for the pope’s intentions may receive a plenary indulgence in several ways this year including participating in a day that includes meditation on St. Joseph.