New St. John the Baptist History Museum in Brunswick to Be Dedicated and Opened on July 25 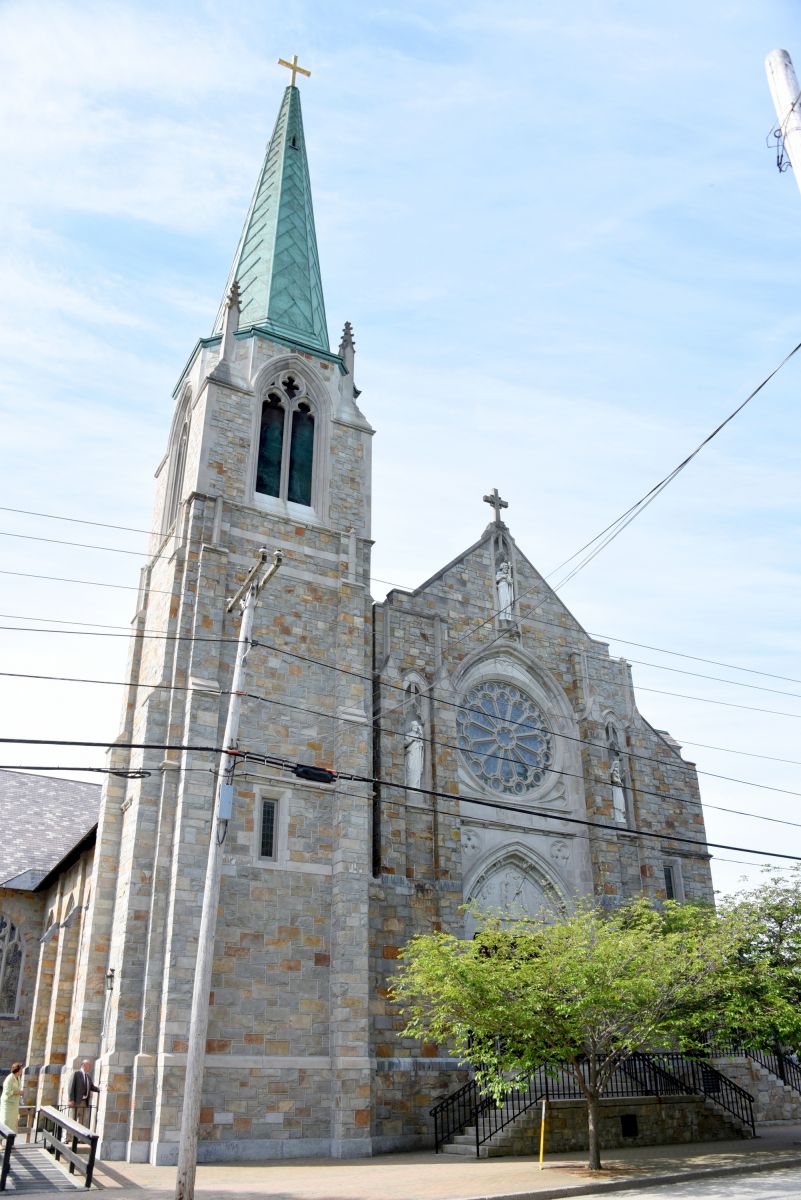 BRUNSWICK---Over 140 years after the original St. John the Baptist Church opened its doors in Brunswick, a new museum honoring the many contributions, special moments, and faith of generations of area Catholics will be blessed and dedicated.

The museum is in the chapel of the former parish center in the Pleasant Street complex, next to the St. John’s Community Center, and portrays the history of the church and its peoples. Items on display include vestments worn by many priests who have served at the church; altar articles and vessels like chalices, monstrances, and other items used over the decades; canopies and mementoes from special celebrations; historical photographs; original window glass; and much more.

In 1877, Fr. J.H. Noiseux was assigned to Brunswick as its first resident Catholic pastor to serve the growing number of parishioners in the area. A formerly Protestant church on the corner of Federal and Franklin Streets was purchased and dedicated to St. John the Baptist. The parish grew steadily and in 1882, Fr. James Gorman, the new pastor, made plans for a larger church, which was dedicated by Bishop James A. Healy on June 24, 1886, the feast day of St. John the Baptist. The original church became the first St. John Catholic School. In 1892, the popular Fr. J.B. Sekenger arrived as pastor. Fr. Sekenger expanded the school, purchased a site for a new convent for the Sisters of Sion on Oak Street, and led initiatives to raise money for church and parish improvements. His 19-year pastorate is still remembered today as, in 2019, the 100th anniversary of the Knights of Columbus Sekenger Council #1947 in Brunswick was commemorated. In 1911, the Marist Fathers took charge of the parish at the request of Bishop Louis S. Walsh. 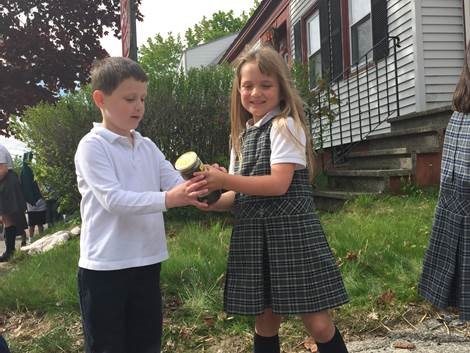 On April 12, 1912, a fire near the railroad tracks spread and destroyed the second church, which had been a beautiful frame building with a basement of granite and brick, side walls relieved by Gothic windows including full-length representations of the Blessed Virgin Mary and St. Joseph, a double lateral staircase, and a tower with a latticed belfry and delicate spire. Soon after, the current school was built on its present site and over the next 15 years, Catholic services were conducted in the town hall, the convent on Oak Street, and the Protestant church on Cumberland Street, while the superstructure of the new church was completed.

On February 27, 1927, the current St. John the Baptist Church on Pleasant Street was solemnly blessed. The church has long been recognized as one of the most artistically exquisite churches in New England thanks to its large interior frescoes, stained glass windows, and beautiful exterior, regularly attracting tourists who wish to enjoy it. In the 1970s, the sanctuary was renovated, and the interior of the church was brought back to its original brightness. At the turn of the century, a capital campaign made it possible to carry out major repairs to the exterior of the church such as repointing and replacing stones as well as roof and tower repair. The floors were also refinished, new carpeting was installed, and altars, statues, and paintings were restored. Much of the work was done by volunteers of the parish.

“Visitors express their awe as they leave the church,” said Fr. Murphy. “This museum will help us grow not only in our appreciation of the past and present, but in our commitment to ensure this parish community continues to be strengthened in its faith of the Lord and devotion to our Blessed Mother.”

The museum will be open on the second and fourth Sundays of each month from noon to 2 p.m. and on Wednesdays from noon to 3 p.m. Individuals and families can also make an appointment to tour the museum at other times by contacting the parish office at (207) 725-2624.

St. John the Baptist History Museum in Brunswick is just the newest in a line of amazing venues to observe the rich Catholic tradition alive on the Midcoast.

The new Holy Redeemer Museum at Holy Redeemer Church on Mount Desert Street in Bar Harbor is open Tuesdays through Fridays at 9 a.m. and after the 10 a.m. Mass on Sundays and includes liturgical items dating back to the 16th century.

The St. Patrick Church Museum on Academy Hill Road in Newcastle offers artifacts reflecting the history of the oldest active Catholic church in New England. The museum includes a cradle used by Newcastle native Edward Kavanagh, a U.S. Congressman (1831-1835) and the 17th Governor of Maine; items used in the early 19th century; and correspondence belonging to Bishop Cheverus, the first bishop of Boston. The church is home to significant artifacts itself like the altar of Bishop Cheverus and a bell cast by Paul Revere & Sons. For updated museum hours of operation in Newcastle, call (207) 563-3240.