Due to pandemic restrictions and protocols, only graduates and two guests each will be allowed on campus for the 2021 Saint Joseph’s College of Maine Commencement on Saturday, May 8, at 10 a.m. The event will be livestreamed for all additional family members, friends, and those interested in watching. On Saturday morning, each graduate will participate in a “grad walk” across the stage with their two guests present in a special viewing area nearby. All participants and guests will be masked. President James Dlugos and Michael Pardales, vice president and chief learning officer at the college, will be in attendance to greet the graduates as they make their way across the stage. Commencement speeches will be pre-recorded and posted at the link above on Friday, May 7, 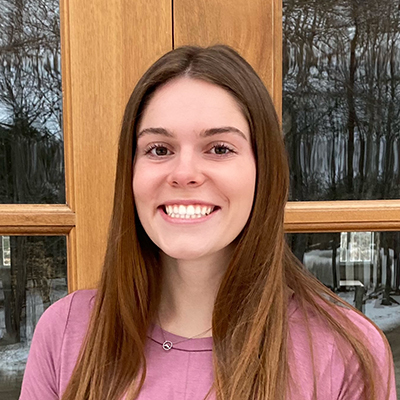 including speeches by valedictorian Erin Olson, and Zachary Chase, a speaker representing online students at the college. Honorary doctorates of public service will also be presented to Sister Patricia McDermott, RSM, and Gerald Talbot.

A native of Stoughton, Massachusetts, Erin is an elementary education major with a dual concentration in math and special education. She has also been a member of the Saint Joseph’s College volleyball team for four years, a member of the Student Athletic Advisory Committee, and vice president of the Student Education Association of Maine. Throughout her four years at Saint Joseph’s, Erin has participated in many different projects such as Operation Christmas Child, community reading days, and this past fall, Erin student taught in a remote fourth grade classroom through the RSU 14 district. Her success in that role led to a long-term substitute position as a remote fifth grade teacher in the same district this spring. Following graduation, Erin plans to find an elementary school teaching position and begin working towards earning a master’s degree in child psychology. 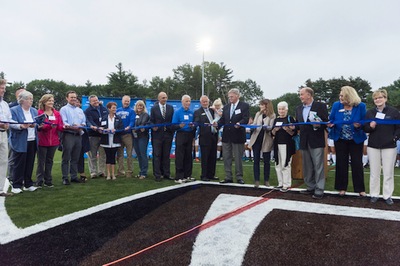 Zachary is earning a master’s degree in education in addition to serving as an assistant athletic trainer at the college, a role he has held since 2017. Prior to joining the college community, Zachary worked as an athletic trainer at the United Medical Gym as a clinical exercise assistant, evaluating client needs and prescribing medical-based programs. He is also a certified strength and conditioning coach, and he serves as the assistant strength and conditioning coach to all of the athletes on campus. A member of the National Athletic Trainer’s Association, Zachary, who is a native of Old Orchard Beach, currently lives in Biddeford with his wife Haley.

Sister Patricia McDermott, RSM, is president of the Sisters of Mercy of the Americas, which includes the continental United States, Caribbean, Central and South America, and the Pacific countries of Guam and the Philippines. She began her career teaching English, journalism, and religious education at the secondary level, which she continued for ten years before taking time off to complete her doctoral studies. Following this, she taught pastoral theology at The Catholic University of America in Washington, D.C. In 1999, Sister Patricia joined the Institute of the Sisters of Mercy of the Americas’ leadership team prior to being elected to her current position as president in 2011.

A Bangor native, Gerald Talbot was the first president of the Portland chapter of the NAACP. In 1972, he became the first African American to be elected to the Maine State Legislature. During his three terms, he successfully led the passage of the Maine Fair Housing Bill, the Maine Human Rights Act, sponsored the first gay rights legislation, and fought to change the conditions and treatment of migrant workers. He was appointed to the Maine State Board of Education in 1980 and became chairman in 1984. In 1995, he donated his vast body of photographs, papers, and material objects to the University of Southern Maine. The Gerald E. Talbot Collection serves as the foundation of the African American Collection of Maine. In 2020, the Portland City Council unanimously voted to change the name of the Riverton Elementary School to the Gerald E. Talbot Community School in his honor.

Saint Joseph’s College of Maine is the state’s only Catholic college, based on a foundation of faith and academic excellence. For more information about the college, visit www.sjcme.edu.